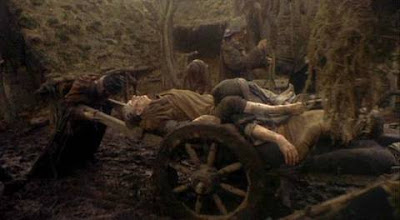 Sorry I kind of dropped off the face of the earth for the past six weeks.  Wasn't my intention, just the old blog ended up taking the back seat to everything else, so I just took a break.  Hope to get back in the saddle in some fashion.  The past three months have seen over 2,000 hits per month, which seems pretty awesome to me. I guess that's the nice thing about generically useful information...

In bass news, there isn't much bass news.  I've been playing as usual.  Learning some new tunes.  Writing some new tunes.  Haven't bought anything bass related in months because I'm still adjusting to the limited finances caused by this.  Plus my wife's car shat the bed, so that's two new cars.  US economy, you're welcome.

I did recently pick up EZDrummer, so hopefully I can talk about that as soon as I get a chance to sit down and play around with it. I also got an iPad2 that took the place of and ailing seven year old laptop.  It's such a versatile creative instrument I barely even know where to begin talking about it let alone create anything, but I will.

I'm sure some day I'll get a new pedal, but until that happens: iPad stuff and home recording.